Happy Christmas to you all :-)

It's a manic time of  year - Thanksgiving just gone and Christmas on the horizon.

I'm English and only have to cope with Christmas - I don't understand how my US friends cope with two major celebrations one after the other!

This month's eZine is going to be short. 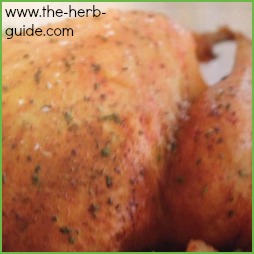 The only link this month is to making stuffing - home made is so much better than shop bought.

In my early days, I would buy a packet of Paxo and make it up with water as per the instructions - it was OKish, I would baste the stuffing whilst it was cooking and it tasted, well - acceptable.

The next step was to buy the Paxo box, chop an onion and use an egg to bind and that was a bit better...

I then stepped up to making breadcrumbs, adding my own herbs, chopping an onion and mixing in a beaten egg - all of a sudden, it became a main event rather than a 'side' - my friends would always ask for the recipe, which is a good guide to how much they enjoyed the meal!

Believe me, once you've tried this turkey stuffing, you will never bother with a packet of mix again - you will always either take the time to make it from scratch or have some breadcrumbs in your freezer so you can knock this sage stuffing up.

Step by step photo tutorial linking on the photo below - if you don't have fresh sage, then use about a tablepsoon of dried - makes little difference to the finished result.

It goes over three pages, but that is only to show you how to make the basics - don't be put off :-)

Make a 'big lot' of this stuffing - it's great sliced up cold to add to turkey sandwiches - fantastic Christmas evening or Boxing Day tea.

The quantity here is for four - 8 stuffing balls - but you can double up and have some over.

I don't normally stuff my turkey - I cook the stuffing separately. If you were to stuff your turkey, it would extend the cooking time.

Have a great Christmas and best wishes for the New Year