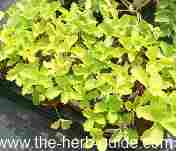 Growing angelica can be found wild beside rivers but you can cultivate it for your herb garden.

It has feathery leaves and grows to about 5 ft high (1.5m) so it's not really a candidate for growing on your kitchen windowsill.

It's a hardy perennial and will self seed if you want it to - you need no more than one plant in a 5ft (150cm) square.

It grows for four to five years before flowering as a rule, then it will die.

Young angelica stems are cut and candied for decorating sweets and cakes, the leaves are used in herb pillows - it's said to have a calming effect - and the roots can be cooked with butter.

Additionally, leaves or roots can be used cooked with rhubarb or gooseberries – it lessens the acidity.

So, all round it's a good value plant and well worth growing for its versatility - there's a great deal of satisfaction to be had from producing something that most people only buy in shops or see in restaurants - candied angelica.

Find a shady, sheltered spot for your angelica - it likes moist soil, so keep it well watered - if you have a pond and can provide shelter, then it would do well there - it is normally found near water in the wild.

Either sow seeds in the late summer and thin to 6 inches (15cm) then in the second year to 2ft (60cm) then to 5 ft (150cm) or buy plants in autumn or spring and set them five feet apart.

Keep well watered and remove the stems before they flower as the angelica will die after flowering and setting seed.

If they self seed, then keep the strongest as replacement stock.

You can keep one or two growing longer to fill in the gap left by waiting for seedlings to mature by not allowing them to flower.

Let one plant flower in year four and keep others going so that year four's seedlings will be ready to harvest.

You will need to stake the growing angelica if it is windy as they can very easily break.

Harvesting Angelica
In the second year and onwards, cut the stalks for candying in mid to late spring, whilst they are still young and green.

Leaves should be cut in late spring or early summer.

If you're harvesting the roots, then do so in the first autumn or they may get woody.

Rescue Remedy for Angelica
If you're lucky enough to inherit an established growing herb garden that's gone wild, then you face one of two problems with your already growing angelica.

Firstly they could all be mature flowering plants and will die off this season. This of course is highly unlikely unless by some massive coincidence, someone sowed a bed of angelica exactly four years ago... ;-)

But if this is the case, treat as for year one above - let them self seed and go on from there.

Or secondly, you could be absolutely overrun with angelica in various stages of growth.

If that's the case, then try and identify which plants are at what stage - thin the mature angelica to one per five feet square and let them set seed.

Keep the patch weeded and well watered and everything should be fine.

This is quite a long video, but well worth watching to see how to make candied angelica.

It says 'part 2' because 'part 1' is identifying angelica growing in the wild - another long video, but also very useful and informative.

These pages will also be of interest to you 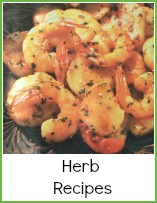 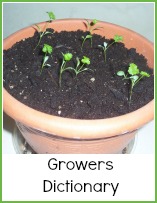 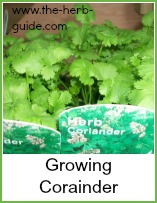