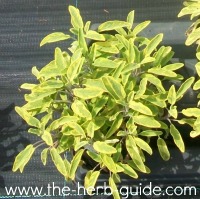 Growing sage is relatively straightforward in most parts of the world.

It is a hardy evergreen shrub but can be short lived. It will sometimes die after three or four years, so it is important to keep a supply of new stock.

In the past I have 'earthed up' (check out Rescue Remedy below) the sage bush in the winter and in the spring, divided the resulting plants.

Save the Planet - urban bees are doing better than country bees - read how you can help the 'cause' - all is not lost! 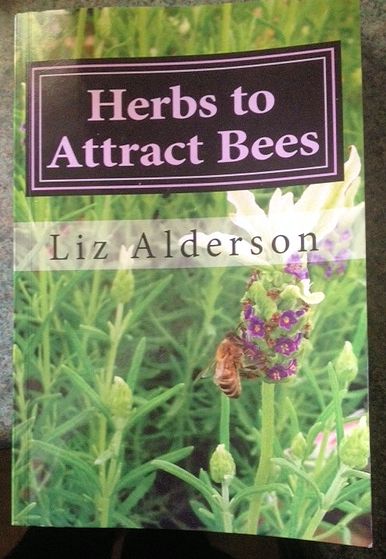 Broad Leaved English Sage is the best for culinary use, but it can't be grown from seed.

Golden Sage (it's the picture at the top) is a lovely ornamental plant as well.

Sage needs a sunny aspect in well drained light soil. If you have heavy soil, then either mix some bark chippings, compost or peat into the planting hole.

In its second year - round about early Spring - take some cuttings - just tear gently so that you have a 'heel'. Pop these cuttings into rooting powder and then into a pot - leave to establish.

The sage herb, although it is a shrub, has a tendency to die off after three years or so - if you take cuttings, then you will always have plants growing.

A bit of manure - horse is best :-) - aged soot or some straw mulched around the roots will help the sage bush over winter.


Sage is quite a large plant - so you will have to either keep a succession of cuttings going to transfer indoors for winter use or find a dwarf sage.

There are one or two if you look hard at the garden centers - pineapple sage or dwarf garden sage are best suited for bringing indoors.

Take a few leaves as you need them and then in spring, once the frosts have gone, put the plant back outdoors until the following autumn.


Well - sage is lovely - one of my favourites as I use it in cooking often and for a cough medicine.

If you're lucky enough to come to a garden with a growing sage bush, then follow the usual guidelines.

Weed thoroughly and then assess the condition of the plant.

It may be quite old - as I have already said, sage can die down for no reason after three or so years - so it might be best to assume that you have an old sage bush.

Earth it up - either in early winter or early spring - in the northern hemisphere, that's October or March.

Just cover it to its tips in soil and leave it - in late spring/early summer - May/June time Northern Hemisphere - it should have started to root from the stems.

You will be able to tell it's rooting by fresh growth from the tips - don't worry if it's not rooted - you can always bury it again and leave it a month or two ;-)

At this point, you can lift the whole bush and divide it up with some feathery root to each plant.

This also works if the sage bush is 'leggy' - it can totally revive an old plant and give vigorous growth. You can treat this plant as a one year old established plant - cut the leaves for use and take cuttings. 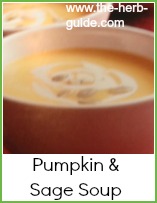 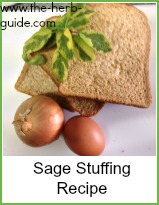